Seekers promoting acceptance, spiritual growth and service to others.

WE ARE A COMMUNITY THAT SUPPORTS YOUR UNIQUE SPIRITUAL JOURNEY

Gathering of Light Interspiritual Fellowship is part of an international movement of people who identify themselves as having a spiritual expression rather than being defined by a specific religion.

We work together to have an experience that will move you in some way outside of your daily concerns and give you a sense of awe, wonder, connection, love; a personal experience of the Divine.

Whether your background is Christian, Jewish, Buddhist, Hindu, Islam, Native American spirituality, another faith tradition, or no faith tradition, you will find a welcome home at Gathering of Light.

Interspiritual is identifying the unifying forces between us all. Where everyone engages with each other in order to make light emerge among us and allow us to understand and touch, through our different journeys, the core of all existence.

“We gather here together to worship with love, to inspire and encourage each other with our spirit and through the wisdom of the world's diverse faiths.
We commit to listen with open hearts that we might gain positive practical tools to continue to grow spiritually and enrich our personal beliefs.” 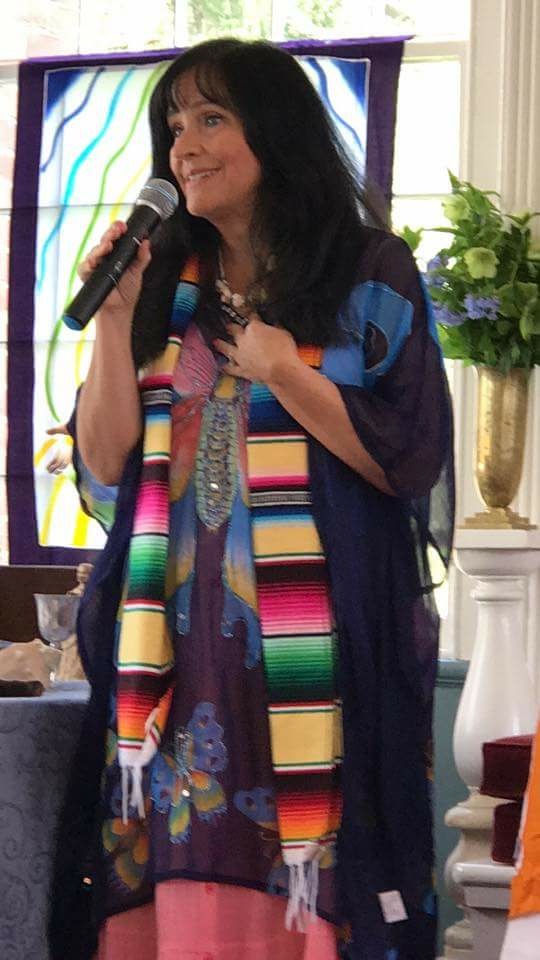 Reverend JoAnn Barrett, the founder of Gathering of Light Interspiritual Fellowship, was ordained in 1995 from the then New Seminary which is now One Spirit. She is the Senior Officiant/Minister at our community and Founder and Spiritual Director of Lightpaths Wisdom Studies.

Bachelor of Science in Human Services, she holds a Master’s Degree in Social Policy, specializing in collaborating efforts with faith-based organizations and social service agencies. She is also a certified counselor with a degree in Substance Abuse. She currently Co-Chairs Interfaith Anti-Bias Task Force of Suffolk County, and serves as member of Faith Leaders Task Force for NY State, as appointed by Governor Cuomo's staff. She has held many prestigious offices since 2003, served as member of Suffolk County Hate Crimes Task Force; Peace Island Institutes Center of Interfaith Studies advisory board; Religions for Peace Long Island (a local branch of a world-wide NGO at the United Nations,) and was affiliated with, "Dignity for All Students Act" Committee, which was consequential in passing this bill in New York. Newsday has regularly featured her in many of its publications.

Her ongoing classes in ‘A Course in Miracles,’ since 1980, have helped numerous seekers on the spiritual path. She founded many Community Service projects, under GOL's ‘LightWorks,’; Starter-Packs for the homeless families of Long Island and Bedding for Babes, are a few. She has also served as the Pastoral Care Associate for North Shore, Syosset and Huntington Hospitals, and has held the position of Clinical Director of a major Long Island Substance Abuse and Addiction Treatment Center. Locally to GOL, she is a member of the Huntington Clergy Association and Leadership Huntington, and was asked to author a chapter in the well-received book, Mature Interspirituality: by Wayne Teasdale's Nine Elements and beyond. She also has published prayers and poems with Guideposts. She has officiated and performed hundreds of individualized wedding ceremonies in the tristate area and conducts sacraments and ceremonies for all life events. Several prestigious institutions including Stony Brook School of Social Welfare, and VA Medical Center have invited her to render spiritual and inspirational orations.

Reverend Joann’s burning desire to cultivate ‘Similarity in Diversity,’ has put her in the center stage of the Interspiritual Movement, with droves of like-minded individuals responding to her mission dedicated to diversity and the right to personal spiritual expression. Reverend JoAnn lives with her husband in Long Island and is the mother to six grown children and one granddaughter.

Rev. Gerard started his love for the Divine through his singing and playing guitar at his youth group. By sixteen he was a Music and Youth Minister for his church. He went into seminary but at the end of his sophomore year he transferred to St. Johns University where he got his Bachelors degree in Psychology and Theology. Today he is a Psychotherapist and Healer. He guides people to connect with their spiritual resources as a way of helping them to heal their “wounded parts”.

He is a true channel for God’s love and healing. He currently works as a teacher for The Wellness Institute where he teaches other students of Psychotherapy how to be more effective channels and in this way exponentially spread more of Gods love and healing throughout the world. He feels particularly blessed to work with Rev. JoAnn Barrett and all of my Brothers and Sisters at Gathering of Light where we all support each other in the process of knowing and loving the Divine and each other better while becoming clearer channels for the Divine! 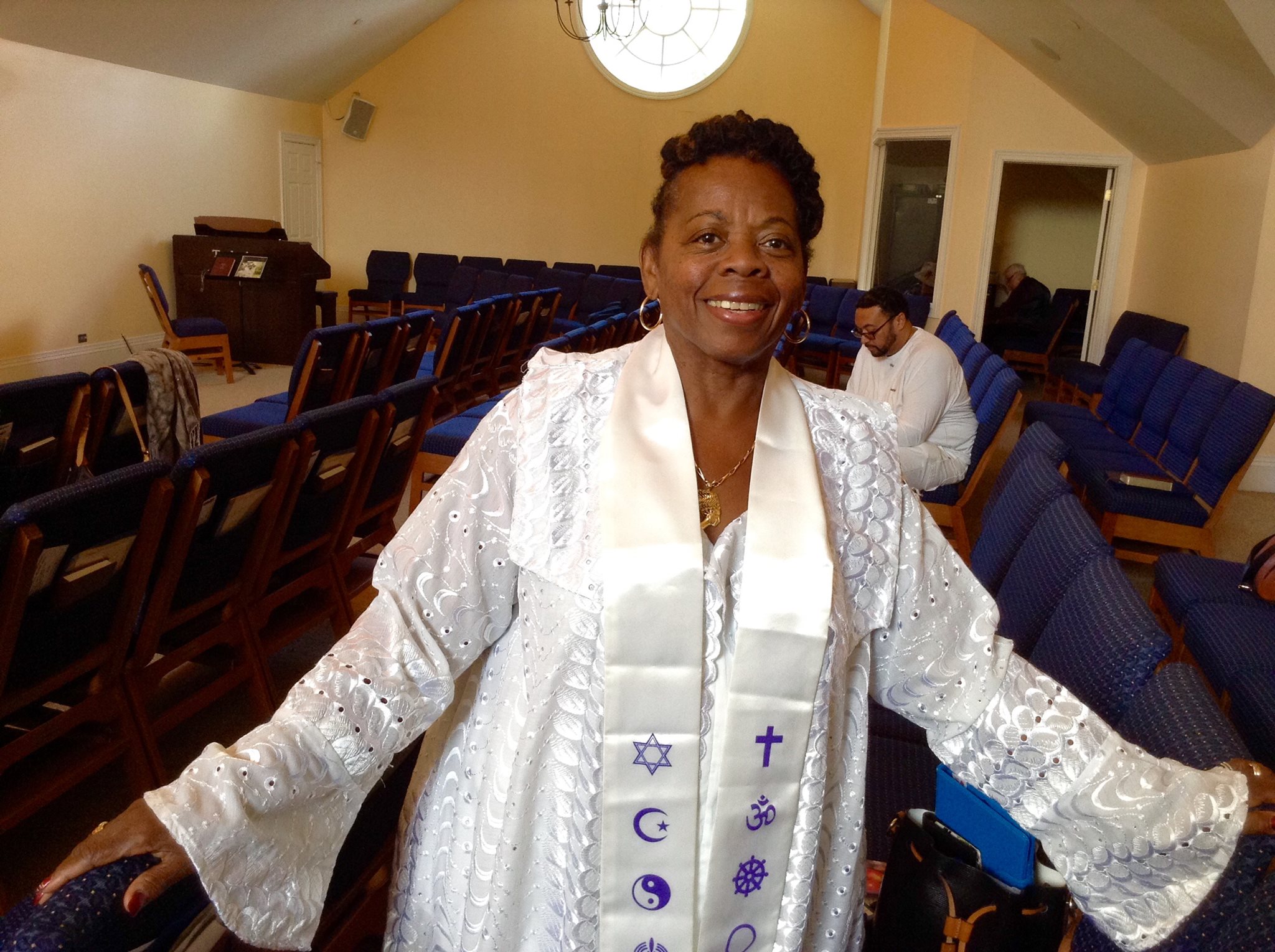 Reverend Evelyn Digsby is a Board Trustee, and the Senior Dean of Gathering of Light Wisdom-Paths Seminary.

She was ordained through One Spirit Seminary and has completed a two-year post graduate program in Interspiritual Counseling. She is also a certified Rebirthing Coach through Loving Relationship International. For the past thirty years, Reverend Evelyn worked as a Registered Nurse, with specialized training in Behavior and Psychiatric Nursing. She also holds a Masters Degree in Community Psychology. In addition, she is also an outreach Minister at Unity Church of Healing Light, where she coordinates the Back Pack and Food Pantry programs for the Church, a service she received Proclamations from South Huntington, Wyandanch, and Amityville School Districts. She is an active member of The Sister’s Support, and The Girl’s Social Club of Nassau among many other several other service organizations. She worked for three years with OSLA Interspiritual Coordinating Program as Dean and Advisor, and worked with ISC as Foundation Counselor to new students.

Reverend Evelyn’s Spiritual Path began with ‘Divine Discontent’ that followed the many losses in her life. After many years on the path, her purpose in life was now to help others develop greater love for themselves, as well as compassion for others. Today, she helps many through her Private Practice of Interspiritual Counseling, and workshops like: ‘Writing Down Your Soul Card’, ‘Visioning Your Life’, and ‘Power of Prayer’. 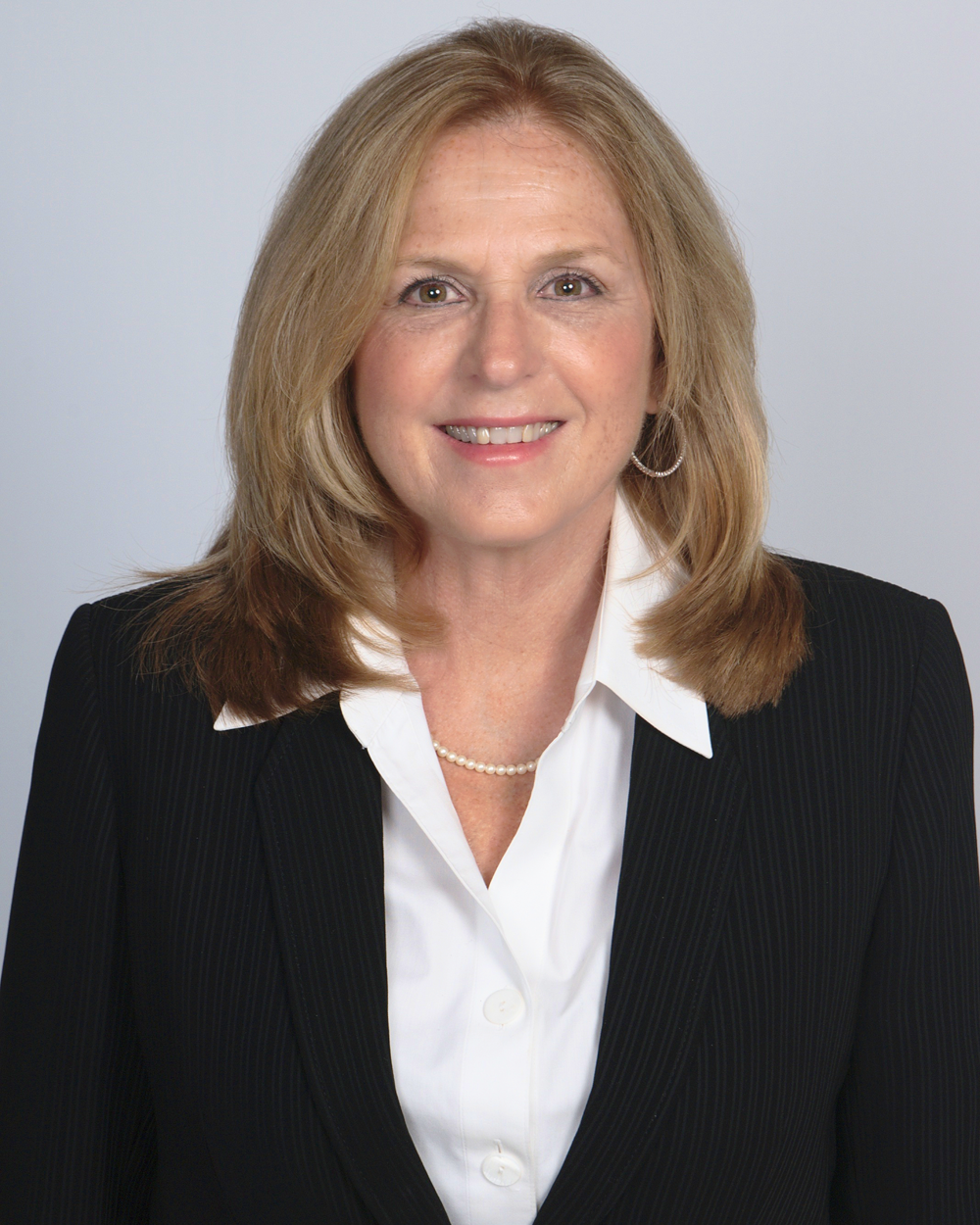 Patricia O’Connor President of the Council of Trustees

Patricia’s objective has always been to facilitate the spiritual growth in herself, as well as with others, in the journey of individual and collective lives. She is an Ordained Interfaith Minister and President of the Council of Trustees. 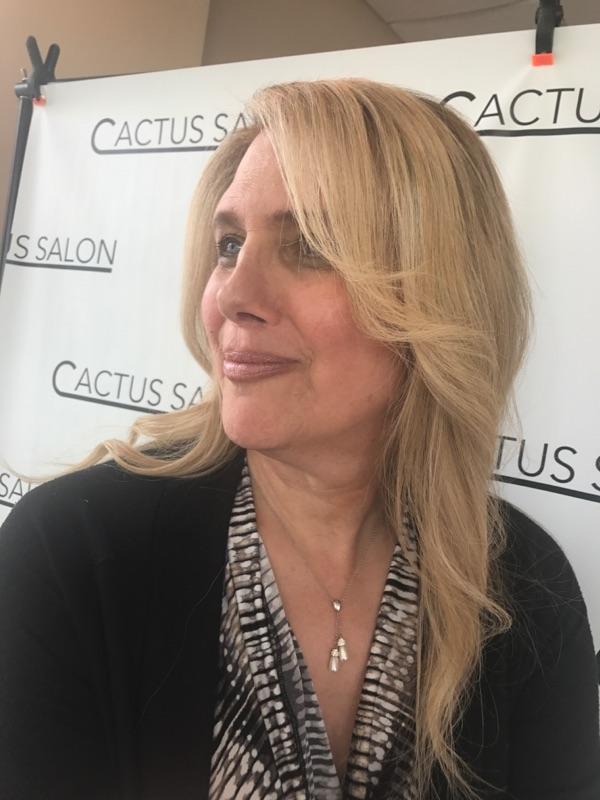 Jodi Salko has been a Gathering of Light Trustee for the last 2 years. Jodi is a Long Island native and is a noted business leader and speaker. She has two children, ages 17 & 18 that are her pride and joy.

Raised Jewish, Jodi honors & cherishes her family heritage and has been on her “spiritual journey” since her early childhood. Jodi starts her day with an “attitude of gratitude” and firmly believes that all our lives are filled with blessings & endless abundance. It is her hope and goal to bring lightness & joy to the world and all the people she encounters. 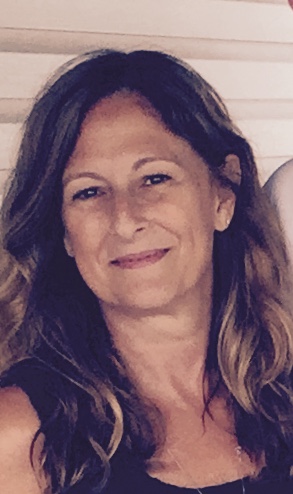 With a strong background in accounting, Kathleen has held the challenging position as Treasurer for the Gathering of Light since 2015. She finds the spiritual environment of the Fellowship wonderfully uplifting and fulfilling.

Kathleen is a Financial Manager at a renowned medical malpractice and personal injury law firm on Long Island. She also served as the Administrator for the New York City Chapter of American Society of Travel Agents, among several other volunteer and managerial positions.

Deeply spiritual, she dedicates several hours per week to the service of humanity, while staying in touch with inner peace through reading, nature walks, gardening and other outdoor activities.

She served as the president of a successful Durable Medical Equipment company, Most Care Inc. from 1984 -1995. Her company served one major hospital and several medical offices in the Queens area of New York. Her spiritual journey began in 1993, when she began a regimented training under the guidance of many Masters from India. She opened a Holistic Spa in 1995, where along with aesthetics, she practiced Spiritual Healings.

Her literary endeavors include a Book of Days, Bounty Of Allah, published in 1999 by Crossroads Publishing Company. Screenplays written for Nivelli International Films. Anthology of poems, ‘Silent Lament’, several poems of which were published by Scars magazine and other journals. She wrote, directed, and produced three stage plays with spiritual implications in Queens New York. She has been featured in Newsday, and several magazines. In 2007, she received a Proclamation and Key to the city of Jersey City, to honor her literary endeavors and peace strivings for the oppressed.

Currently, she is studying to become an Interspiritual Minister at the Gathering of Light Wisdom 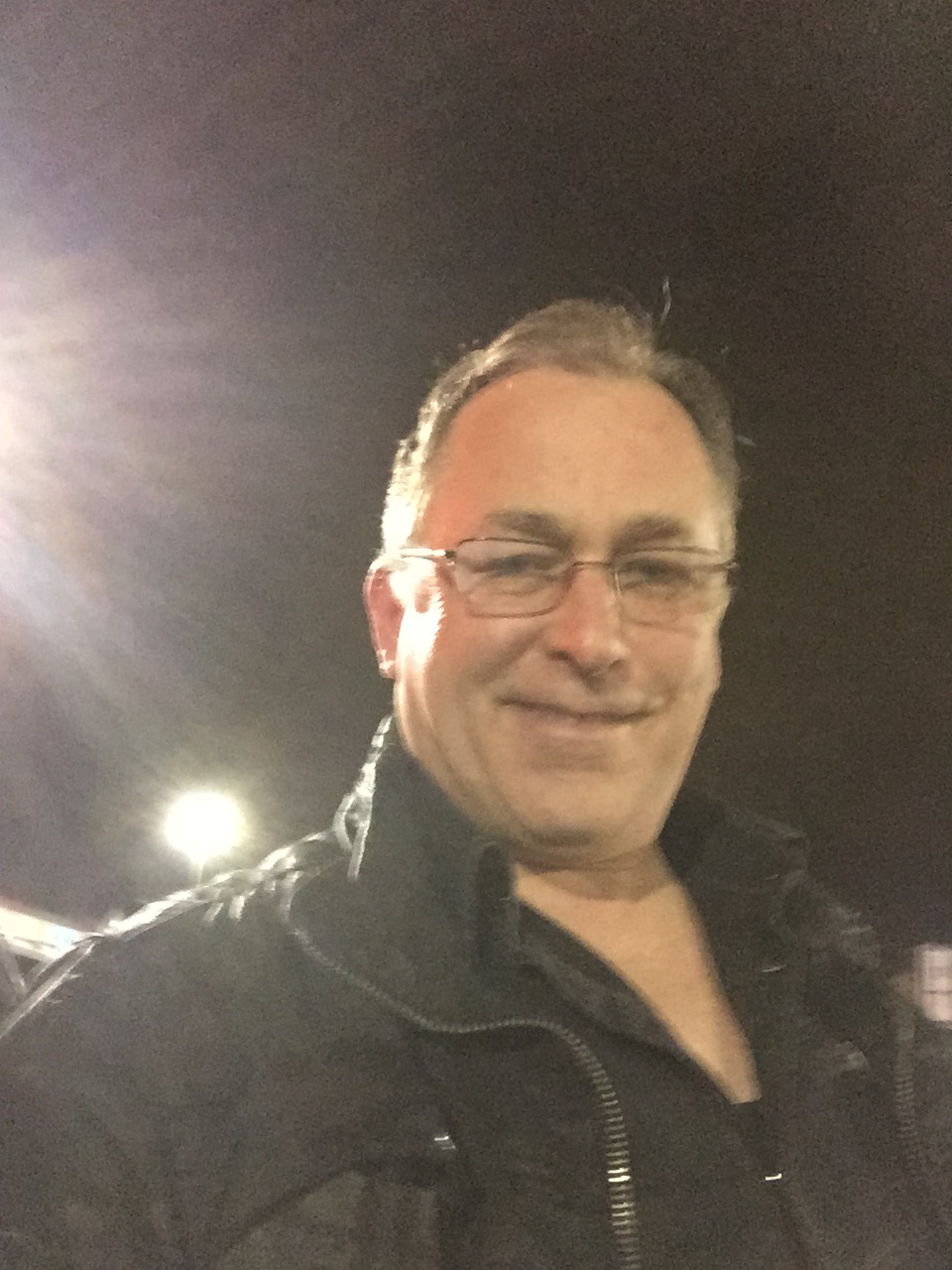 Arthur Jacques is a Trustee for Gathering of Light with roots from The Choctaw. His father is 50% Choctaw Indian; who were living in Florida, Alabama, Mississippi and Louisiana regions. Arthur was born and raised in Huntington, NY and attended Walt Whitman High school. Currently he works in the Painters Union DC-9 in Manhattan and oversees the community Garden at Gathering of Light. All the food grown from the garden goes to Island Harvest.

Our doors are open for all! Call us or visit us for more details